[Dev Note] How to Write Tests for React App Comfortably

As a software developer, it is always exciting to see the code I wrote runs on the desktop browser or on the iPhone/android devices. The excitement (and the deadline) often makes me forget that there are many use cases that could happen when a user uses my app. A single screen/page could have many different use cases. For example, in a login page/screen, user could enter an invalid email address, the username and password doesn’t match those in the server, a loading indicator could be visible when submitting the login credentials, and so on. We could, of course, test all these use cases manually ourselves. But it wouldn’t scale as the app grows bigger. Because remember, we have to test all the cases every time we release a new update to the users.

Why some don’t write tests

I admit that writing tests is sometimes vexatious. It takes time to write tests since most of the time you will end up writing more test codes than the app code itself. For example, say we have a validation rule for username in a signup form where a username must only contain alphanumeric string that may include _ (underscore) and - (dash), and must have a length of 7 to 20 characters. We could implement the validation function using regular expression as follows

The implementation only takes 2 line of code. But to make sure this function works as expected, we need to write a test that will cover many different use cases. For example, 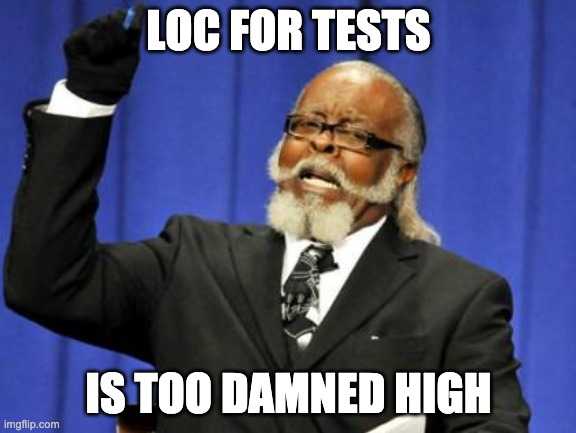 The test has more line of codes than the validation function itself. And if you call the testValidation function, the test actually will fail because there is a bug in the implementation of validateUsername function. We prevent the bug from going to production thanks to the test.

The above example is a simple one. In reality, the functions in our app will have dependencies from standard library, 3rd party libraries, or even other modules/functions we wrote ourselves. And since tests have to be consistent and predictable, we have to prepare the environment first before verifying the test cases. The preparations may include mocking the database, server responses, etc. All of these will stretch the development time significantly.

How to be comfortable writing tests

Developers have different styles and preferences. As such, I don’t think there is only one correct way to write tests. You may have heard of Test Driven Development (TDD) where one writes the tests first before the implementation. If you have tried it and are comfortable with it, keep on doing it. But if you are like me who likes to write the implementation first and see it runs on the browser or mobile devices, I have 7 tips I can share with you.

The main goal to write tests is so that we can release our app confidently. Remember that goal whenever you feel tedious when writing tests. Hopefully the tips I shared here could make you more comfortable writing tests for your app.