2018 has been an interesting year which can be summarized in three words: travels, plays, and drawing. Looking back, it was a productive (and successful) year in a different kind of way I used to define productivity or success. I used to think that success means releasing an app or project, or making a certain amount of money. But sometime in 2018, I decided (quietly, and probably unconsciously too) to try something different. That something turned out to be gaming. You see, I used to feel guilty when I play games. It felt like I was just wasting my time. But I had been feeling like that most of my life and I realized it didn’t actually change anything significant in my life. So I thought what if I just play games, and just enjoy it. And I just did. 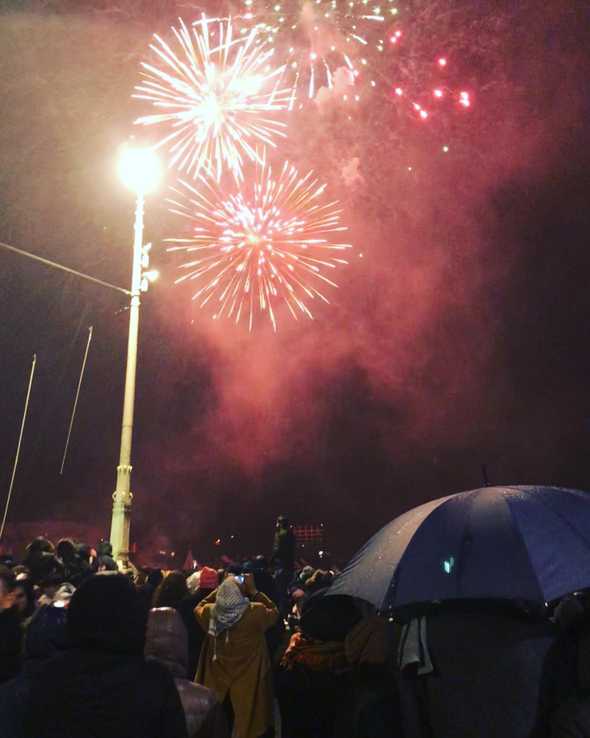 We started the year by viewing the fireworks in Rhine River in Basel. It was slightly raining but there were many people watching and partying. 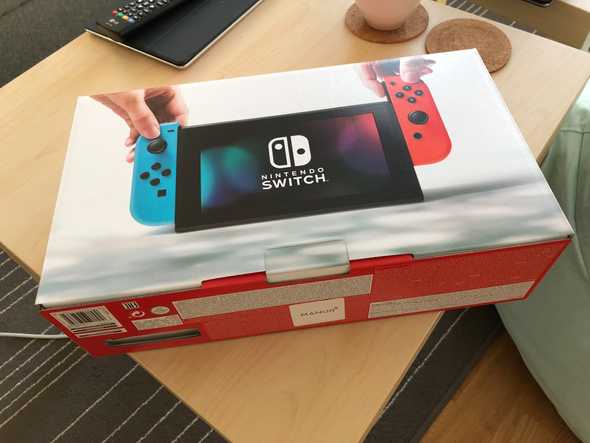 Then the gaming life started when we bought Nintendo Switch. Our first game was Super Mario Odissey. Love both of them. The console is such a brilliant device. I love how easy it is to switch (ah!) from playing on TV to handheld mode and vice versa.

The gaming year was also becoming interesting on mobile when I got my first EX-Raid invitation in Pokemon Go. It was raining but I finally got my first Mewtwo. It was the first of many to come along 2018.

For those who are not familiar with Pokemon Go, a raid is a part of the game where the players can fight a certain Pokemon, known as the raid boss, and have a chance to catch it after defeating it. There are 5 different levels of raid with increasing difficulty from level 1 to 5. You can attack the raid boss by yourself or together with other players up to 20 players at the same time. Higher level of raids usually means you need more players to defeat the boss. EX-Raid, which stands for Exclusive raid, is the level 5 raid and as the name implies it requires an invitation. The invitations are randomly distributed to players all over the world that meets certain criterias. And for many months in 2018, the raid boss had been Mewtwo.

Nothing much happening in February aside from finally reaching the level 40 in Pokemon Go. 40 is the maximum level of a player in Pokemon Go. There had been some rumors that Niantic will increase the cap but it stayed as rumors.

Less known fact about Pokemon Go: There is a community-made leaderboard to track top players all around the world since Niantic is not making it. The community made a scoring system to rank players who submitted their data based on many different kind of factors, such as number of pokemons caught, number of kms covered, number of battles fought, and so on. Aren’t we so dedicated to the game? 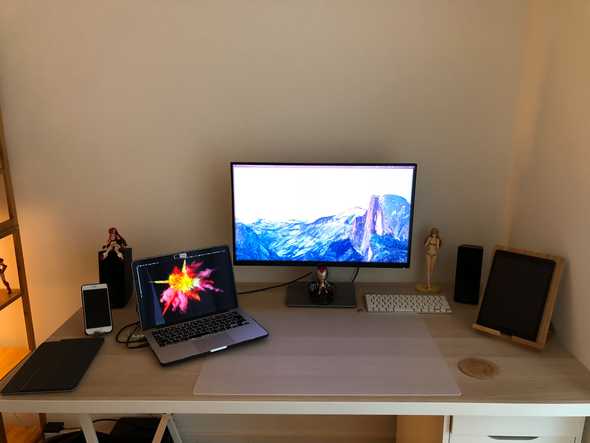 I only work for 60% of the time here in Basel, which means 3 days a week. My salary is, as you might expected, 60% of the full time salary. Before coming to Switzerland, I didn’t know that working full time but not full week is possible. I don’t see my current job as a part time job. The way I understand it, a part time job is if the employees work in shifts. And since I’m not working in shifts here, it is a full time job but only 3 days a week. And I like it.

My wife is an amazing woman who is a co-founder of a Bio-tech startup called Maxwell Biosystems. Thanks to her, I got a chance to go back to Japan a few times this year to accompany her. We always enjoy our trip to Japan because we just love Japan. While there had been ups and downs when we lived there for 7 years, we still think it’s the best place to live. 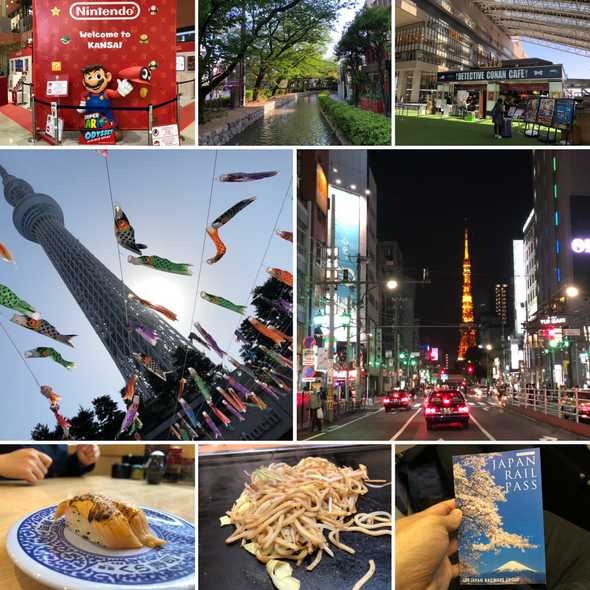 Our first trip to Japan in 2018 was unfortunately slightly after the sakura season. When we arrived in Kyoto, there were no longer any trace of sakura. We still enjoyed the food, catching up with old friends, and celebrating my little nephew’s birthday. So it was great. 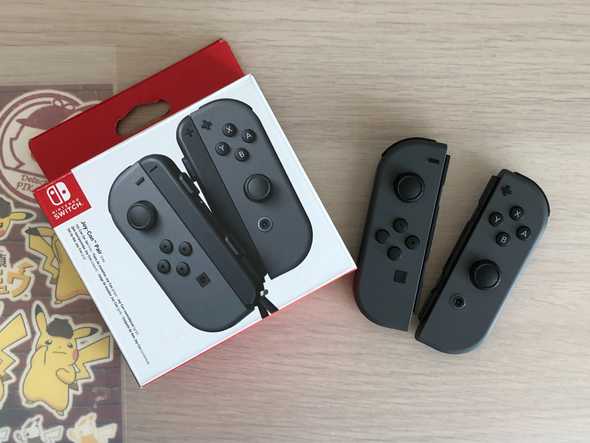 6 月 - Eid al-Fitr and Going Down Under 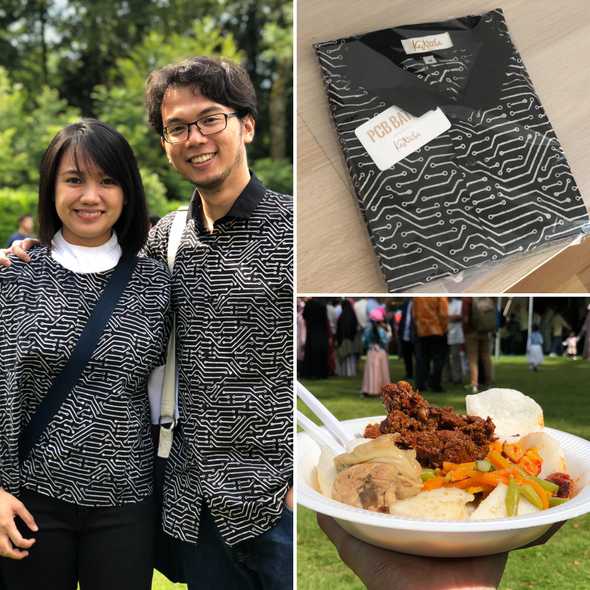 After daily 18-hour fasting for a month, we celebrated Eid al-Fitr with other Indonesians in our Embassy in Bern. Quite many people came to pray, to catch up, and to feast. Those are me and my wife in the picture when we attended the Eid prayer in the embassy. Fun fact: we are both wearing Batik (Indonesian national costume) with a pattern of printed circuit board, hence called PCB Batik. It is made by my college friend in Indonesia. We love it. Check it out in their website, kainusa.id.

On second half of June, we went to Melbourne, Australia. It was the first time in my life to visit the southern hemisphere. We kinda enjoyed it. And there were many Indonesian restaurants so it was awesome. We only spent the time in the city so we didn’t see any kangaroo, koala, or deadly animals. Next time (for the kangaroo and koala). 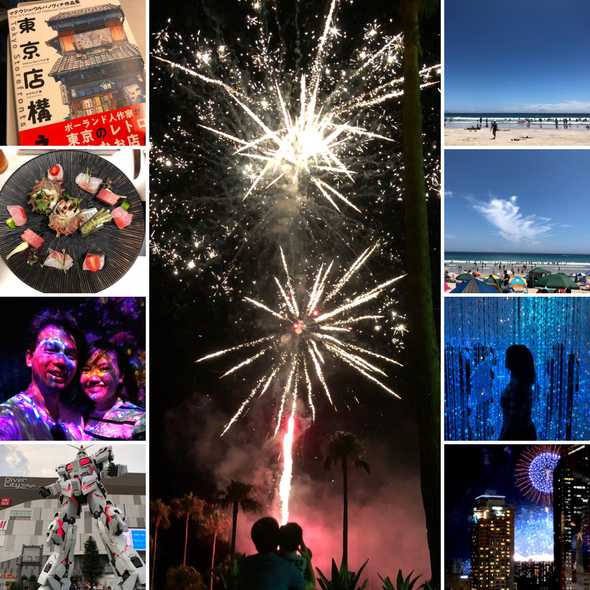 It was summer time. So for our second trip to Japan we went to the beach. This year summer was unusually hot in Japan. But I loved every day of it. We went to Iritahama beach and Shirahama beach in Shimoda for a few days to play in the beach.

In Tokyo we went to teamLab Borderless exhibition in Odaiba. It was a huge exhibition which showcases projections and lights artworks. It was, as they advertised, immersive. Must visit if you go to Tokyo. 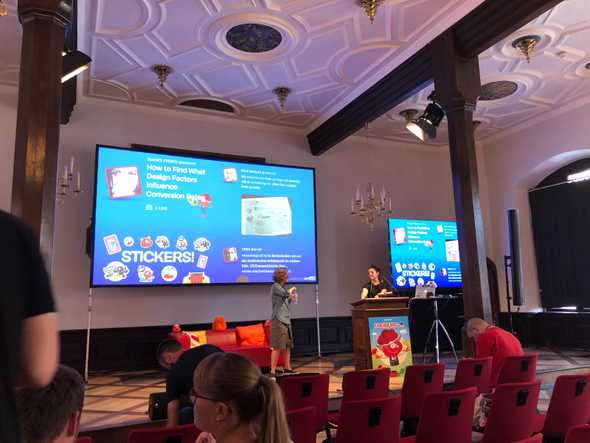 On November I attended SmashingConf in Freiburg. It was a (mostly) web development conference with speakers talking about web stuff and some other stuff. There were some interesting sessions but I didn’t enjoy much the break sessions. I talked to one or two people but as usual, it felt like a waste of time. It’s always bizzare to read people’s excitement on Twitter about the conference while in reality, it was awfully boring. 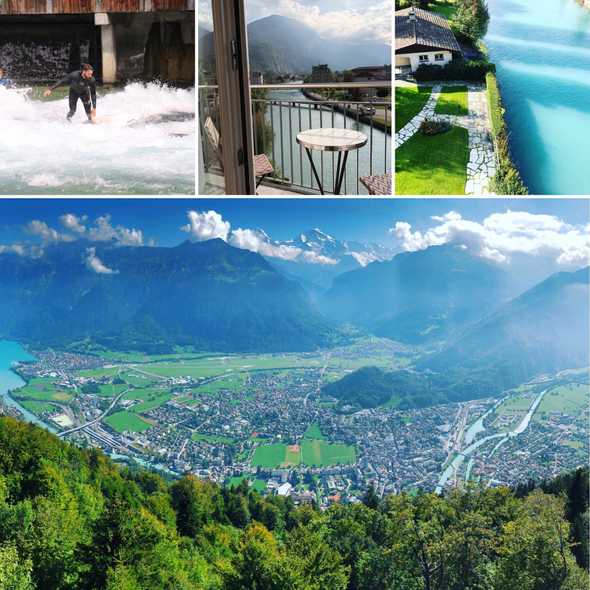 For our anniversary, we went to Interlaken. The river and the mountain were beautiful. After going up to Harderklum by funicular (first time I heard that word), my mind was blown to finally realize that Interlaken is literally between 2 lakes. 😅 It was also there when I first learned about Riversurf. 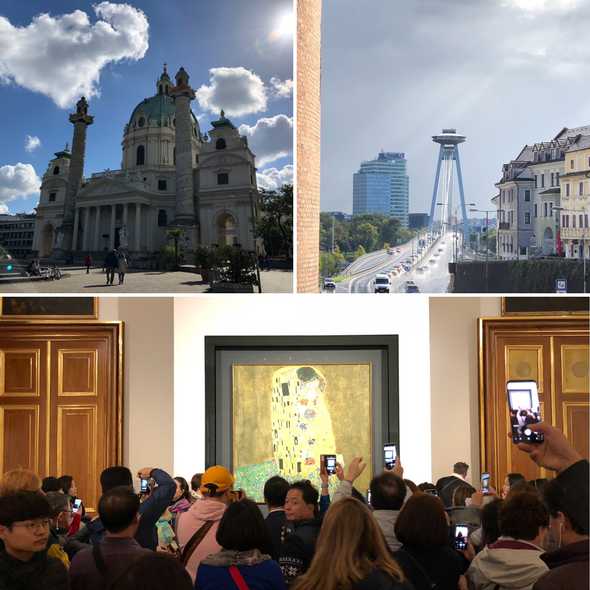 On the last week of September, we went to Vienna to meet my cousin who went there for a conference. We visited the Belvedere Museum Vienna to see The Kiss painting by Gustav Klimt and explored the city a little bit. 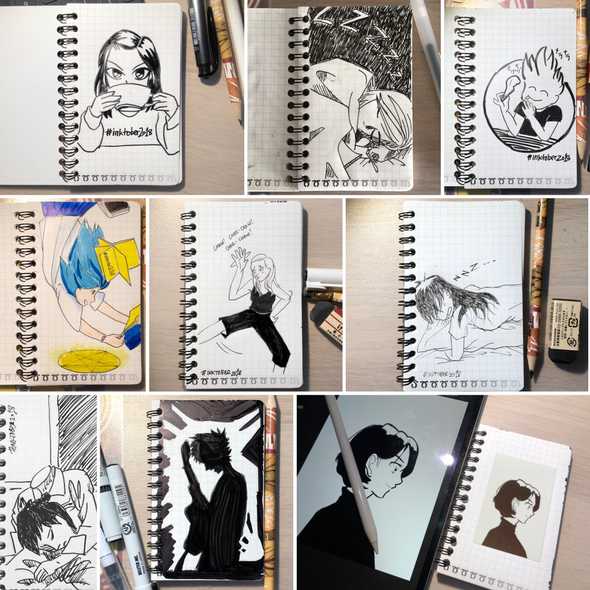 October was Inktober! This year I decided to try to join the inktober fiesta. I couldn’t complete the 30 days challenge but it was fun. It resurfaced my drawing hobby which I used to have when I was in junior-senior high school. 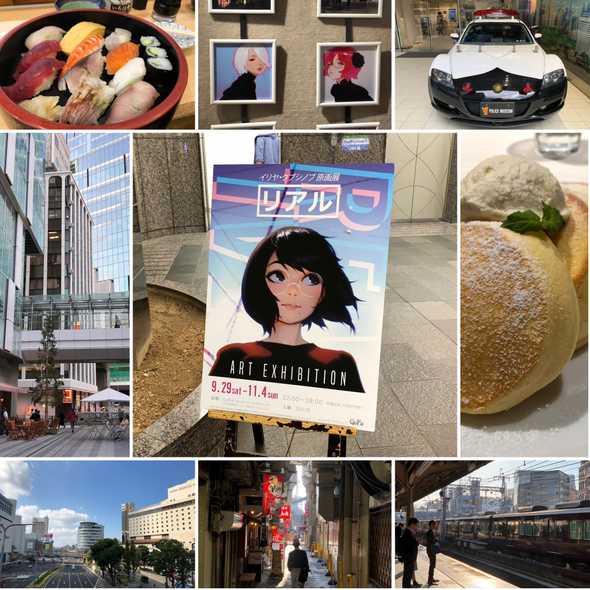 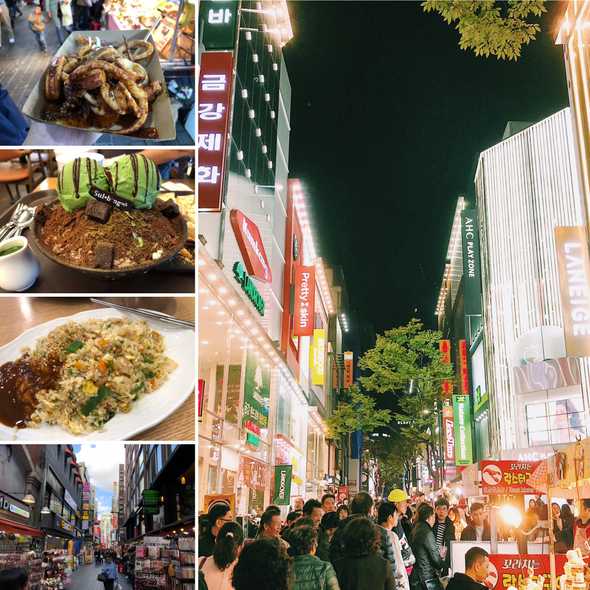 When we arrived in Seoul, we immediately took the train to Daejeon. It was a little bit amusing since the train we took was a train to Busan. And the train looked exactly like the one in the movie. I confirmed that you can actually crawl along the overhead bins. 😅

Before going back to Japan, we spent some time in the night market in Myeong-dong. I really like the matsuri (festival) atmosphere of this street. And the street food was also delicious. 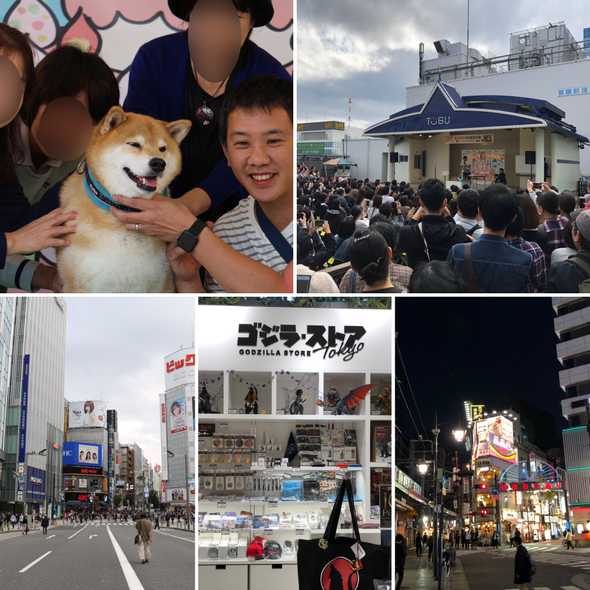 When we arrived back in Tokyo, we went to a meet and greet of the most famous Shiba inu in Japan, Marutaro in Ikebukuro. It was a 30 minute event to celebrate Maru’s birthday. Many people came. Maru was so cute and well behaved. Too bad we didn’t get the chance to have picture together. 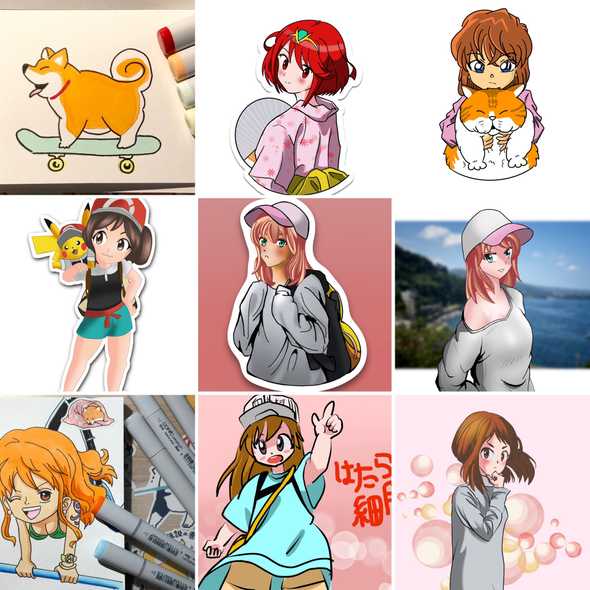 My wife and I were into drawing and painting on November. She likes to paint with water color, while I like drawing on the iPad with Procreate app. 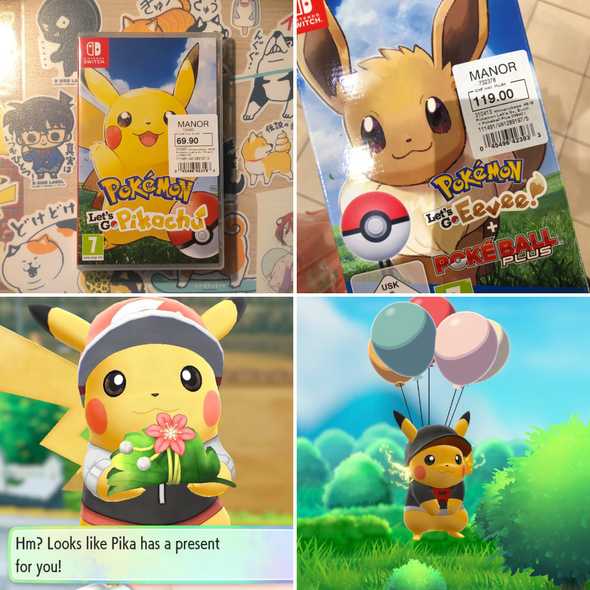 November was the release of long-waited Pokemon game for Nintendo Switch, Pokemon Let’s Go!. I love how the game kept some concepts from the previous version of Pokemon game and improved the graphics. 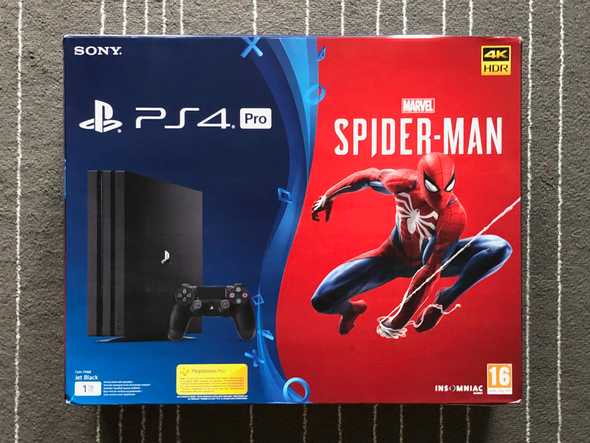 On the Cyber Monday, we bought PS4 bundled with Spiderman game. The game is fantastic. Swinging around New York and beating thugs were satisfying. But I’m shocked how dirty New York is 😅 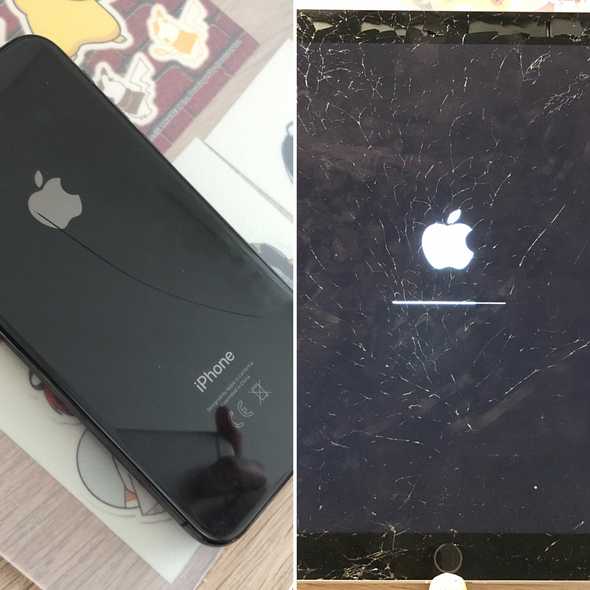 On December, gravity was not my friend. I managed to drop my iPhone and iPad. The iPhone had a slight crack at the back side but the iPad was front shattered. 😢 I ordered a replacement for my iPad but not yet for my iPhone. After a few missed deliveries by TNT, I finally got a “new” iPad. 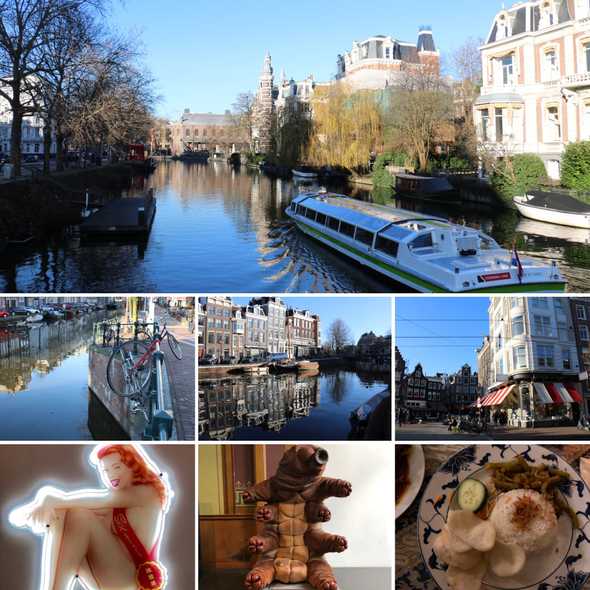 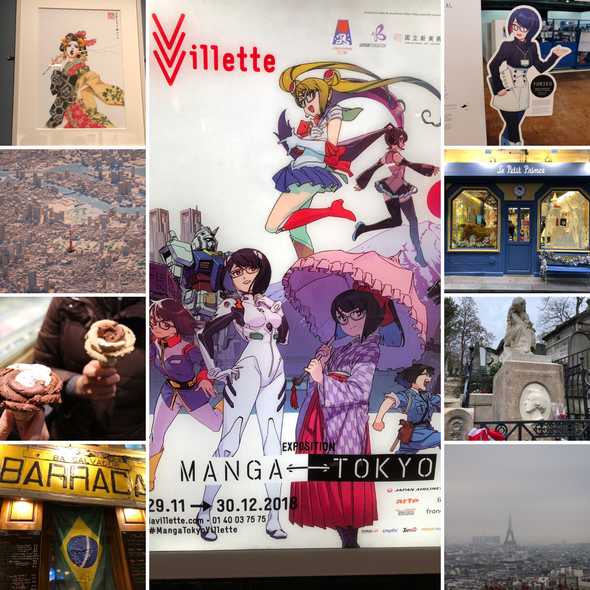 In Paris we met with our best friend from Brazil and went to a Manga Tokyo Expo, Chopin grave in Père Lachaise Cemetery, and for the first time we tried karaoke in Europe in BAM Karaoke Box.

And that’s it! As I write this sentence, the clock turns 12 midnight and 2019 has just arrived. I don’t have resolutions for 2019 as usual. We’ll just see how things will go.